We are Back! This Time with Declining Global Conditions

Wow, this weekly newsletter makes it feel like the last issue was really two months ago! - 62 days to be exact 😅 You may be asking, “What gives?! You start a newsletter for three weeks and then suddenly stop writing?! Boo, give us content.”

I’m back, busier than ever, but I’ve got some content for you. So let’s see if we can get some consistency back.

I’m sorry, folks. It turns out that trying to build a software company while working a typical day job is incredibly difficult and sucks all the free time out of your life, which includes the time that you devoted to crafting meaningful newsletters every week. But for now, let’s talk about things going on in the world, mainly Ukraine and inflation.

The current invasion is not an easy situation to cover or talk about. There is a lot of devastation and sadness occurring on both sides. I grieve for the Ukrainian citizens who had the war needlessly thrust upon them. I also feel bad for the Russian citizens who are forced into the Kremlin’s propaganda machine or are forced into jail if they protest his unjustified war. Hearing the testimonies and seeing the footage of bombings and injuries is heart-wrenching, and no one should ever have to experience that suffering in their homes.

If you haven’t watched Arnold Schwarzenegger’s video to the Russian people, it’s a pretty good one that explains the conflict in a pretty impactful manner. 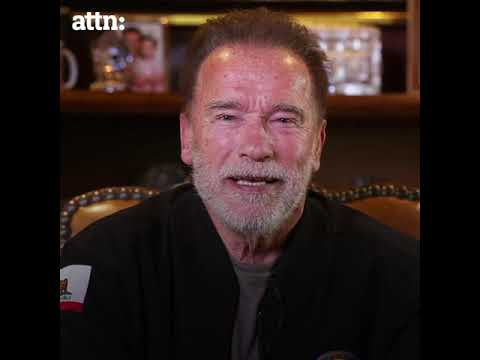 My great-grandparents lived in a region around the Carpathian Mountains. They considered themselves both Polish and Ukrainian because although they primarily spoke Ukrainian, their home & lives revolved around Poland, Ukraine, and Austria-Hungary. While I’ve always been interested in my family’s history, these new events are leading me to do more research into my great-grandparents and their lives. That could potentially be a future newsletter issue once I have enough information together.

Here’s a list of organizations that I’ve cross-referenced across a few sites to be credible:

Things Are Getting Pricey 💸

So for those unaware, I’m moving out of New York City to go back to my hometown of Buffalo, New York, for a year or two. While the move isn’t happening until the early summer, there is still a very long checklist to complete even before that day arrives.

If you know me, you know I am incredibly pro biking 🚴🏼 & public transportation 🚌 when getting places. I am one of a few Bike Boys in my friend group who support banning cars in Manhattan, more protected bike lanes, subsidies for those who take public transportation, and higher fares for vehicles entering the city.

Not only can taking public transportation net you almost $9,500 a year saved in gas usage and car maintenance, but if your commute is roughly 20-miles round trip, it can also lower your carbon footprint by 4,800 pounds annually.

But, sadly, most American cities are car-centric and require individuals to own vehicles for any sense of travel freedom. I would argue that New York City is one of the most “public transit”-friendly cities in the United States, but even it struggles with a lack of bike lanes, a strong pro-car-owning sentiment, and constant gridlock traffic. While moving to a less densely populated area may solve the gridlock, the lack of bike lanes and an insufficient quantity of public transit options will make it nearly impossible to live without a car. Maybe I could do it, but I’m sure my fiance would not be on board with that.

So, I started looking at cars. And wowza, they are expensive! It’s kind of terrible that my hand is forced to choose a car option - whether buying or leasing - but the situation has gotten out of hand the past year. Used cars with 30,000+ miles are selling for what I remember new cars selling for some years back.

How bad has this situation become, and what’s caused this all? To start, there are a lot fewer cars out on the market to buy. Consider the Domestic Auto Inventory number - aka the number of new vehicles available to buy across the US.

Two significant reasons for this decline in inventory are the ongoing Chip Shortage and the Covid19 Pandemic - which also helped influence the Chip Shortage.

The pandemic forced many manufacturers, electronic makers, and raw material creators to shut down temporarily. This situation was due to the virus ravaging their local areas, affecting the workforce, availability of materials, and declining workers’ mental health. All of these factors, mixed with shipping accidents, some shipping delays on foreign cars, and a microchip shortage that may last into 2022, buyers are finding it harder and harder to get their new cars, because there simply aren’t as many being made. This all has led to around a 26% increase in the price of new inventory since last year due to the increased demand and lessened supply - echoed from, ya know, the basics that you were taught in high school economics.

That Used Car Smell for the New Car Price

So then, is that used car market any better? Nope. 😐 Used car sales are a bit all over the place but have generally seen a sharper-than-normal increase in domestic sales over the last year.

With new cars being harder to find and more expensive, that has also pushed up the selling price of used cars. Overall, used cars prices have jumped from $24,000 to $33,600 since last year. The charts below show this overall trend increase and the breakdown of each vehicle type.

I’m not looking to get one of those expensive trucks, but dang, even cars have gone up substantially. That definitely doesn’t help our cause when we try to move back home in a few months.

All in all, the market for cars is pretty insane across the board, and this has me considering just getting a lease instead of purchasing. Another market influence is the type of cars that people are buying, with smaller sedans and electric vehicles being sold as gas prices approach the highest levels in years.

I would really like to get a car that I won’t feel awful driving, so I am trying to stay fuel-efficient. At the same time though, I may have to get something more “traditional” as my hand is pretty forced to buy or lease a car by the time I move back to Buffalo.

While I understand that the market for used & news cars is hot 🔥 right now, it’s also essential for me to reduce my environmental impact as much as possible. For reference, burning one gallon of gasoline creates about 20 pounds of CO2—which means the average vehicle emits roughly 6 to 9 tons of CO2 each year.[^1] This means that switching from a car that gets 20-mpg to a one that gets 25-mpg car can reduce your greenhouse gas emissions by 1.7 tons annually!1

Naturally, if I get a more fuel-efficient car, that also means that I will be putting less gas in it, saving some money every year. For instance, over the average lifetime of an American car, a 30-mpg car will save roughly $3,000 in fuel costs compared with a 20-mpg car.1 To be honest, I’ll be leasing a car in Buffalo - both because its hard to find a new car and we only intend on being there for two years or so - meaning these long-term savings might not affect me as much.

We’ll see what happens, and hopefully, things work out that won’t require us paying an arm and a leg for the combination of a car & gas, but we will see ¯\(ツ)/¯

The car search was a fair amount of my past week, so we will dive right into the…

Quick Tip of the Week

Every time I’ve heard a new fact or detail about the Remix web framework, it seems to make it sound more appealing to use. So I highly suggest checking it out, as I know I will be diving into it over the next week or two.

Remix is a full-stack web framework that lets you focus on the user interface and work back through web fundamentals to deliver a fast, slick, and resilient user experience. People are gonna love using your stuff.

So seeing how writing these weekly burned me out in three weeks back in January, I decided to make these still send out on Monday mornings, but on potentially a bi-weekly cadence or at least monthly pending on the length of content.

I enjoy writing richer text than what a weekly newsletter would allow in my current schedule, and I don’t want to sacrifice quality for quantity.

Quote to Leave You With

Be Curious, Not Judgemental

- Not Walt Whitman, but definitely at least Ted Lasso

You just read issue #4 of Dan's Head in the Cloud. You can also browse the full archives of this newsletter.